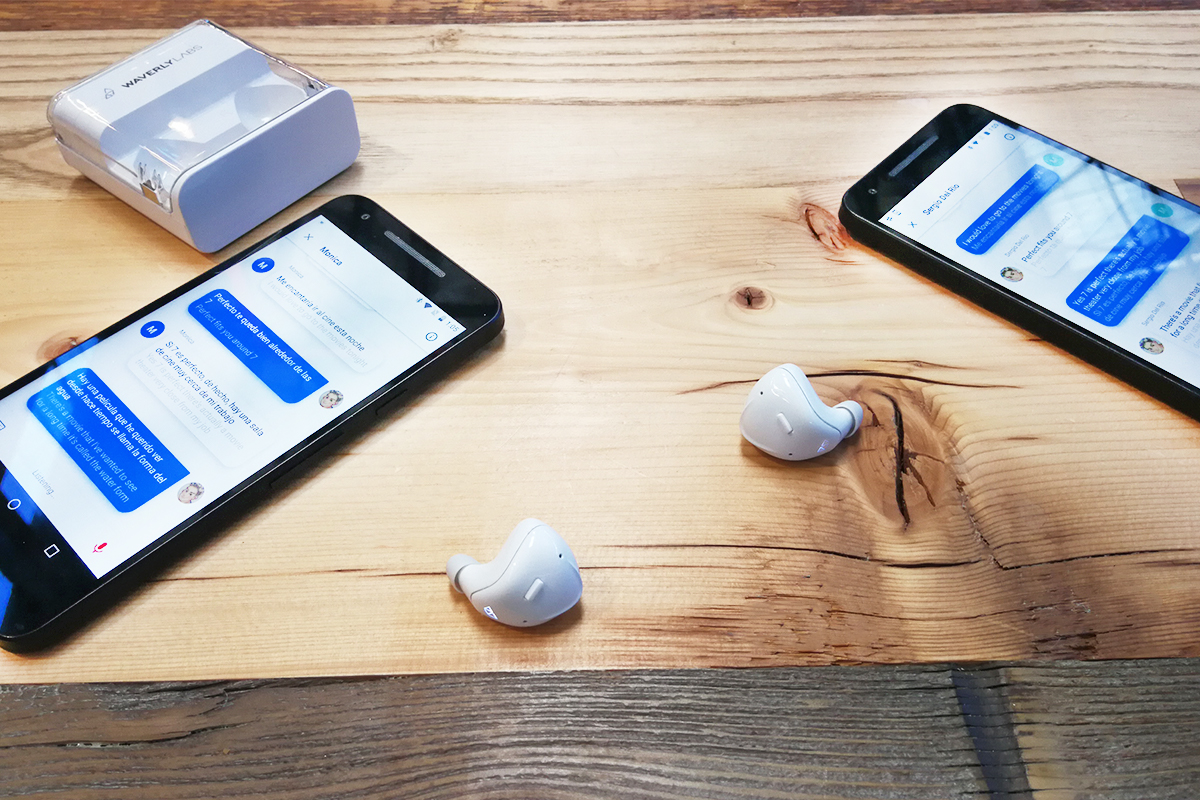 Over the past few months, our team has been working day and night to get Pilot to your doorstep. Some of you have already received the Pilot and the feedback we have gotten has been very informative and helpful. Although we had some shipping delays from our warehouse in Hong Kong (our apologies!), the next batch of 10,000 units is being shipped this week while we prepare another 13,000 units to ship the first week of February.We wanted to use this opportunity to share some exciting new features as well as answer some of your questions.

The Pilot is a highly sophisticated earbud which uses dual microphones and custom noise cancelling algorithms to produce clear speech before it is passed through our mobile app and to our speech translation engine in the cloud. It is a state of the art solution that relays speech translation very quickly with minimal latency. Your order grants you access to the full system, including two Pilot earbuds and the translation software, for you and your guests.

How Does the Pilot Work?

You can use it through two main translation features, called Listen and Converse:First, we’re releasing a new feature called Listen, which will interpret what you’re speaking back to you in your choice of languages. It’s an ideal use case for language learning, where the Pilot can be set to speak back to you in the language you want to learn. But just as exciting, you can also use Listen so that the Pilot automatically interprets someone speaking into your language. Keep in mind that there are limitations, such as the proximity and location of the other person to you, and it’s not yet capable of translating more than one person speaking at you, but it’s ready to be released as a beta feature for you to use. It’s the first step in developing a translating earpiece which will eventually translate everything around you, and your feedback as you use it will be extremely helpful. Listen will be released in a few days as an update to your current Pilot earbud and app.

Secondly, when you want to have a dialog with someone, you can use the Converse feature. This will allow you to share the additional Pilot earbud included with your purchase so you and your guest can both speak to each other. When you hand over the additional Pilot earbud to your guest, they will need to pair it to their phone and use our mobile app to participate in your conversation, but we made the setup very quick for someone to jump into a conversation with you. Setting up a conversation using Converse takes less than a minute and we’ll be releasing a walkthrough with the next version of the app in a couple of weeks.

So far the first users have been providing extremely helpful feedback which we can use to begin refining the system! One of the major questions we’ve received immediately was the need to share the Pilot without having to sync with the other user’s phone while in Converse. Some of our original prototypes allowed for the use of one phone, however we moved to a “two-phone” solution because it dramatically improved the translation quality and allowed more than 2 people to join a conversation, such as groups and conferences. Based on your feedback we’ve begun re-development of the “one-phone” sharing solution and will keep everyone updated when it’s ready to be released as an addition or update for your Pilot earbud and/or app.Lastly, we’re putting together a How to Use Pilot tutorial which will be released in the next version of the app in a couple of weeks, and will be available on our website in just a few days. On there, we’ll discuss some of the first steps when setting up your Pilot, how to use the music streaming features, as well as go into detail about the Converse and Listen features.Thanks for being patient as we break ground on this new technology together! We appreciate the honest feedback from people like Katie:

“My name is Katie [redacted] and I'm a principal in [redacted]. My pilot earpiece arrived last week (finally!) and I have been using it at school with our ESL teacher and Latino children. We've had a great time!Although it's not perfect, it's definitely one of the stronger translation services we've experienced. Even words like "makeup work," which many services translate like makeup you wear on your face, are coming through as accurate. The "continuous translation" is a struggle so we turn that off. You also have to ensure you wait for the app to say "listening" before you start speaking or it cuts off the first part of your sentence and will inaccurately translate (the kids found this funny). Otherwise, I've been really enjoying the experience thus far!”